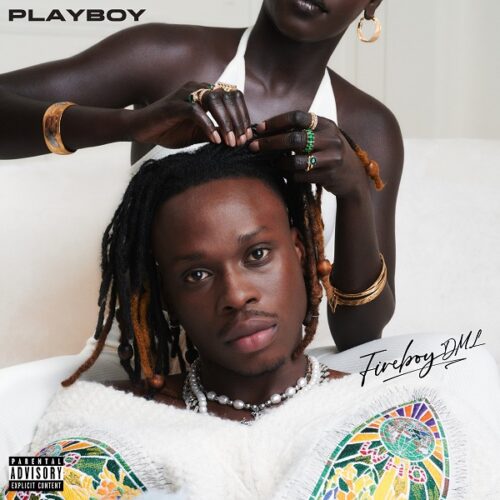 The Sensational singer Fireboy DML has finally ushered in his much anticipated album project, called ‘Playboy’.

Consequently, the brand new project fills in as his third album in his carrier, and it  serves as a follow-up to his previous albums, “Apollo,” released in 2020, and “Laughter, Tears, and Goosebumps,” released in 2019 respectively.

In addition, the project spans 14-tracks with collaborations from Ed Sheeran, Chris Brown, Rema, Asake, Shenseea, and Euro. However, it features some of his previous record like, “Peru,” with Ed Sheeran, “Playboy,” and “Bandana,” with Asake.

Get your headphones all set for this beautiful songs and feel good music. Without further ado, vibe along with this amazing project and don’t forget to share your thoughts in the comment session below.