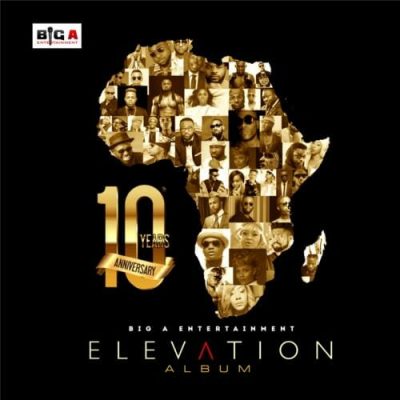 “Elevation Album” is a studio album by Big A Entertainment, a Nigerian music promotion company that has contributed immensely to the growth of the Nigerian Music Industry over the years and have been committed to promoting African music to the world.

Celebrating 10 years in the industry, Big A Entertainment blesses us with a star-studded “Elevation Album” with guest features from Flavour, Wizboyy, Kcee, Chief Obi, Selebobo, Masterkfraft, Zoro, CDQ, & Big A with Production credits from Masterkraft, Del B, Black Jerzee.

The Elevation Album is a rich album that is fully crafted to showcase our Pure Afro Beat culture and rhythm and also to bridge the gap of good music, it is definitely an album that will deliver the hits with good content that will keep you jamming.