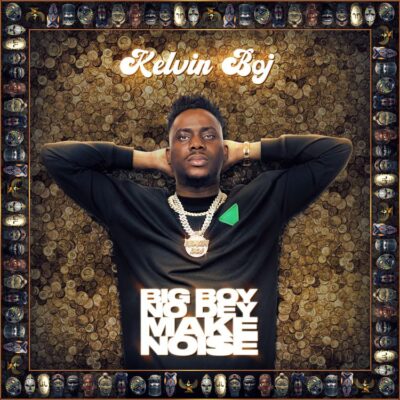 The Nigerian record producer and singer, Kelvin Boj is out today with a new entry, he captioned “Big Boy No Dey Make Noise.”

Consequently, the brand new song appears to be his first debuted project for this year but definitely not going to be his last. The song came along as a follow-up to his album “Man On A Mission“ which was released the previous year.

Let’s talk a little about him, Kelvin Boj is a very good Producer and Artist situated in Atlanta. Kelvin Boj was officially known as ‘LayLow‘ and under his old name he delivered an extraordinary number of hits for endless specialists. He saw the limelight after he released his hit single “Looku Looku” which made him more viral and recognized.

Meanwhile, today he has something exciting to share with all his fans that will have them dancing into the new week. Without wasting time, Get your headphones all set for this beautiful track and feel good music and don’t forget to share your thoughts in the comment session.

Finally, the song was produced by Kelvin Boj himself.

Related Topics:Kelvin Boj
Up Next