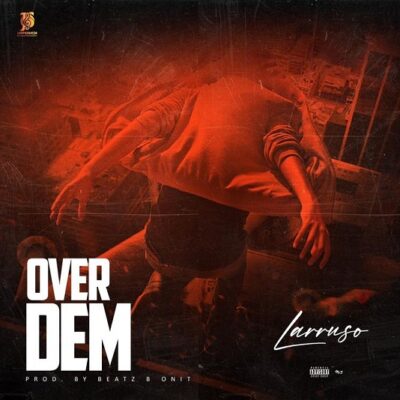 After a period of time, the Ghanaian recording artist, Larruso surfaces up the scene again with this enticing Afrobeats tune, which he titles ‘Over Dem’.

Consequently, while releasing this song, the artiste said that the song was “recorded in 2013, Larruso releases this off base on fan demand.”

Moreover, if you’re very bored and looking for a good music to liberate you from boredom and get you relaxed like a baby, this might be just what you need.

The jam is trending at the moment with some good vibes. Without further ado, vibe along with this beautiful song and don’t forget to share your thoughts in the comment session below.

Finally, the song was produced by the talented record producer, Beatz B OnIt.

Over dem, tell dem me over dem

Over dem, over over, over dem

Over dem, go and tell dem me over dem

They wanna see me loose my name

They wanna see me loose my fame

But man be focus on this game

Kindly stream ‘Over Dem’ by Larruso below.