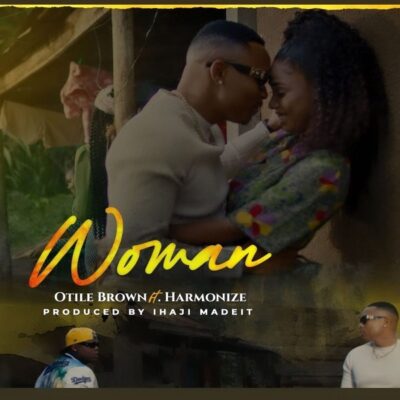 The Just In Love Music award-winning singer, Otile Brown has something exciting to share with all his fans that will have them dancing into the new year. Out now is ‘Woman‘. The song also highlighted the Konde Music superstar, Harmonize who blessed the joint with an outstanding verse.

Consequently, The song was performed in the Swahili language. It is literally a love song that your listening pleasure as we run through 2022. It’s no doubt that it will be among the first class songs released this week, because the makers must have contributed massively to deliver the joint with so much fitness and quality sound.

Meanwhile, the production credit was acquired from the talented sound engineer, Ihaji MadeIt. And it came through with a colourful video performance which is ordained as the official visual.

Finally, the beautiful visual was shot at Dar Es Salaam and directed by Hanscana.

Jux – As Long As You Know (Ilimradi Unajua)