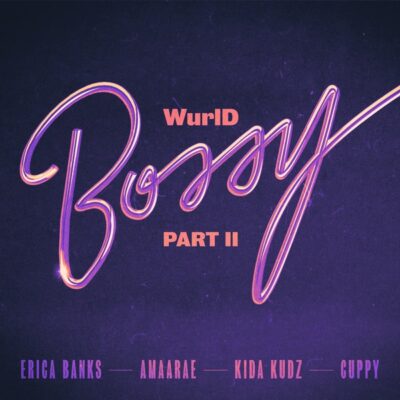 WurlD’s latest studio record, “Bossy” (Remix) has the introduction of talented singers and entertainers like Kida Kudz, Cuppy, Amaarae and Erica Banks who all did amazingly well.

Nonetheless, Amaarae and Erica Banks gave a top rendition respectively as the remake looks more suitable to the ears.

Furthermore, “Bossy” was featured on the deluxe edition of WurlD’s musical body of work, “AfroSoul” EP.