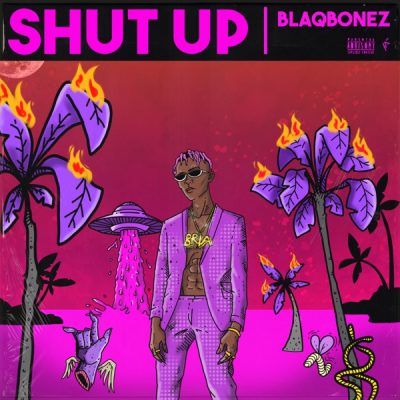 The new melody “Shut Up” serves as a follow-up to his previous single, “Best Rapper In Africa” (BRIA) which was released few months ago.

The rapper who recently delivered a sultry verse alongside Pappy Kojo on the remix to Elzo Jamdong’s hit single tagged, ‘Sai Sai’ has also deliver a new joint.

Finally, the catchy single was produced by Tempoe.