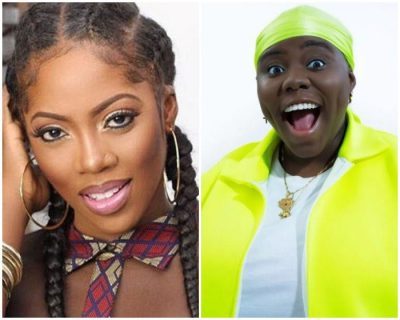 Between January 2018 to June 2019, Teni has recorded several hit singles like ‘Power Ranger’, ‘Uyo Meyo’ and ‘Case’ ahead of Tiwa Savage who has only Lova Lova featuring Duncan Mighty to boast of.

Despite the fact, Tiwa Savage recorded several singles in 2018 (‘One’, ‘Get it Now’, ‘Get it Now Remix’ featuring Omarion, ‘Labalaba’, ‘Tiwa’s Vibe’ and some collaborations with Sauti Sol, Mr Eazi and Skales) she failed to attain Teni’s numbers.

Tiwa Savage is the only female in the 5 men nominees for Headies Award Artiste of the Year Category. She indeed had some great moments but seem to have performed less as compared to Teni.

Recall the Dr. Dolor Entertainment act Tenni, bagged the BET Awards nomination for Best New International Act this year alongside Burna Boy with her amazing singles. Within this year, even with no body of work, Teni has earned an endorsement deal with Budweiser, Tom Tom, and Pepsi.

Teni has only sold her brand with her amazing vocals, unlike Tiwa Savage who has consistently been dishing out sexual appealing contents in her bid to regain her spot in the mainstream.

Though I avoided dragging falz into this, but Teni could have easily replaced Falz in the Headies nominee list for Artiste of the Year. This category is for the most successful acts under the year in view.

Teni in a single phrase has recorded more success this year than Tiwa Savage thus she was robbed of Headies award nomination for Artiste of the Year.

What do you think? Does Teni deserve to be nominated for Headies Awards Artiste of the Year? Please drop comments below