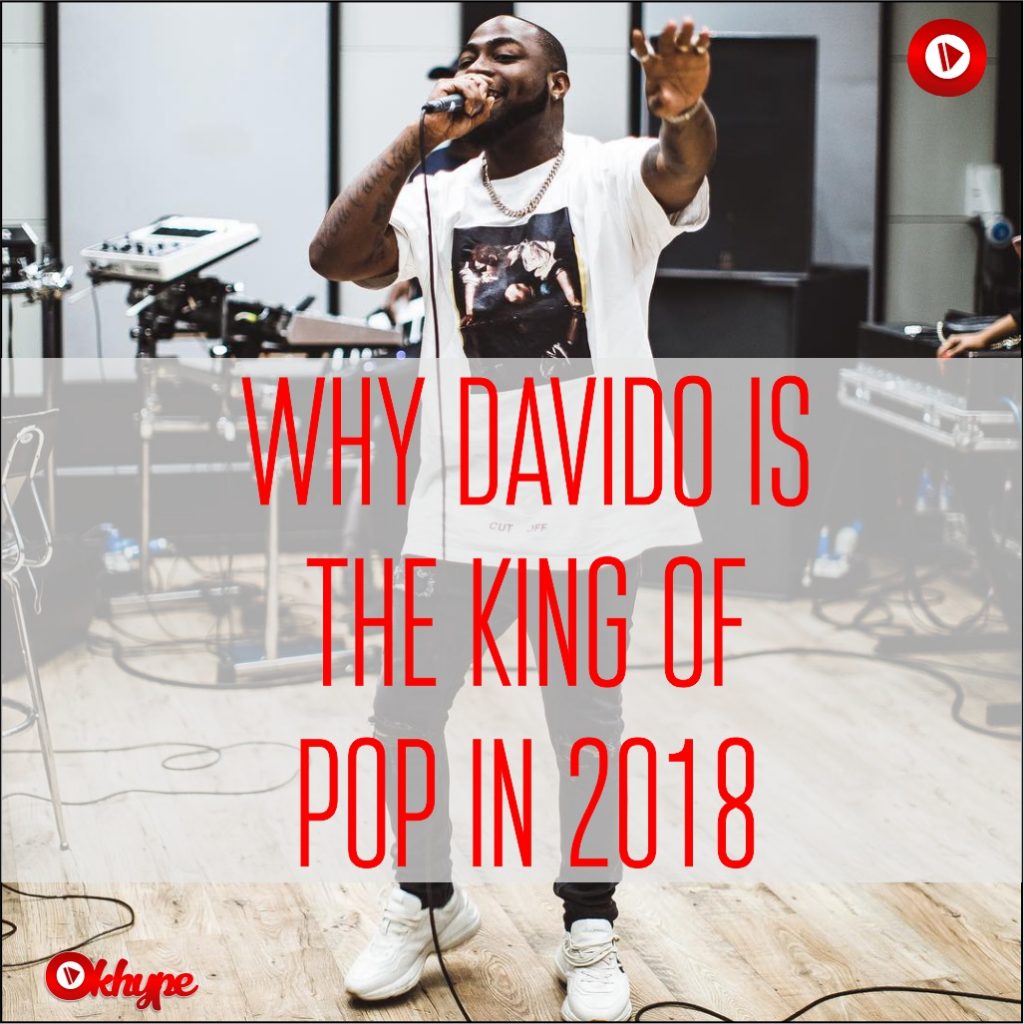 Do you also wonder which Davido’s song is the best in 2018? Never get bewildered because his numerous fans and he (Davido) know the best hit tracks. Even on the lyrics of one of his best hit track in 2018, relay that: “I am looking for” my best song, ‘Assurance’ my “lover” (….), If it’s lie “make water carry me dey go/Far away, far a-wayyy”, it sounds. This reveals that the artist knows that “Assurance” will be among the best song in 2018. uhh!

The Nigerian singer, Davido, has always shown that he is crazy with his profession. He could sing, rap and even dance to get his fans feeling happy.

Some will dispute the claim that Davido is not best Nigerian Popstar in 2018. According to Google on “See what was trending in 2018”, data being collected by google. Assurance was ranked 2nd and in Top 5 the most searched lyric on Google. It is no surprise then that Assurance made it at the top.

The ranking of the Google (See what was trending in 2018), his name appeared in four places, of, Assurance, Nwa Baby, Fia and “One ticket”.

The ranking on most trending song revealed more of saying;

But on lyrics, the result still explained that Davido is the best in 2018;

Assurance is without a doubt a love song where Davido introduced his real current girlfriend, Chioma. Davido in this song expresses her true love for her by promising to never leave her. With his girlfriend, Chioma, it would be an exaggeration to say that the song was strictly dedicated to their relationship. The song got its personal hash tag, #Assurance, and lasted much longer than even the leading birds would have anticipated.

Assurance has attracted over 32million views on YouTube with over eight thousand comments and 148k likes. Despite that, Assurance is widely played in 2018, in a club, home party, birthday and weddings that take place almost every weekend.

Fia occupied 10th place on the most trending song in 2018, with 57million views on YouTube, Ten thousand comments and 206k likes. Even though it was released in 2017, still stands out in 2018 and appeared among the top 10 trending songs.

Another song of his, that proved what he is in 2018 is “Nwa baby”. Nwa baby is a love song of the Popstar, where he confesses the power she has over him, how much he is madly in love with her and the kind of “nice and sweet treat” he wants to give her when they are together. The song is performing well on YouTube with over 3million views and three thousand comments and 37k likes. Though, Nwa Baby is not on the list of top 10 trending songs in Nigeria, yet it performed well in 2018.

With Assurance, Fia, Nwa baby…. These remarkable and trending songs proved what Davido is! In 2018. There are many other songs that came to light in 2018, but the few were selected among the hit jams and enticed Davido’s throughout 2018.

Davido’s Award in 2018 also elaborate why he was best Nigerian PopStar in 2018. On 25th June last year, Davido became the first international act nominee to receive his award live on stage during the main Black Entertainment Television (BET) Awards, not just that, he received the Vodafone Ghana Music Awards (VGMAs). He also won the Best Male artist in West Africa during ‘AFRIMMA Awards’. In Nigeria, the superstar singer leads 2018 year’s Headies Awards nominees list with the highest number of nods – six (6), with two of his hit singles (IF and FIA) competing in the same category “Best pop single”, He won Artiste of the Year, Song of the Year and Best Pop Single, all in 2018.

After the breathtaking performance series of aspiring Nigerian musicians and heavyweights during the 2018 Felabration, held at New Afrika Shrine, pop music star, Davido, stole the show from 2Baba, Sound Sultan, Omawumi, Simi, Wande Coal, among others when he memorably closed the week-long music festival. It doesn’t end there, his performance ‘at London Wireless Festival 2018’, ‘at BET Awards 2018’, ‘at HEADIES AWARD 2018’, ‘at One Africa music fest Dubai 2018’, ‘at SoundCity MVP Awards 2018’, or ‘at Davido live in concert 2018’, etc. All these performances drew thousands of audience and how hot Davido was in 2018.

As if he had deliberately decided to steal the limelight from other A’list artists in 2018, he was dazzled by such energy, plunging the crowd into a musical reminiscence with hit songs. During all his 2018 concerts, all the audience were trembled with cries of satisfaction. Facts don’t lie, Davido is the best 2018 PopStar in Nigeria.