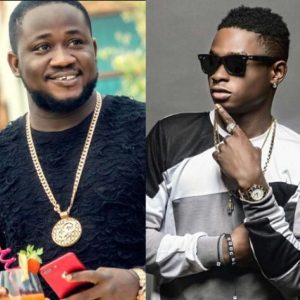 Perhaps, there is a fire burning somewhere between the sometimes back brothers. Nobody can even tell me this one is part of Kogbagidi’s play, Never!

Well he said his own point of view about the Young CEO’s career, sure you have your own say about his career too.