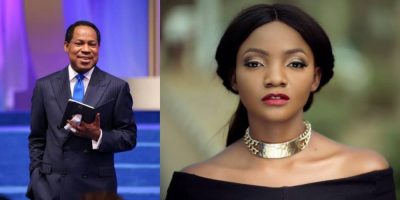 Pastor Chris Oyakhilome of Christ Embassy has come under attack over a message on submission in marriages.

In a viral sermon by the acclaimed man of God, Pastor Chris said a husband should be regarded as a ‘Master’, therefore women should not oppose their husbands.

The Cleric further warned women against acting as a mother to their husbands, adding that a woman that dictates to her husband creates division.

Pastor Chris stressed that women were not in God’s original plan of creation but were just created for men.

Pastor Chris said: “No husband wants another mother, he has had one all his life, a husband does not mean the male partner in marriage but your master and should be respected. when you marry a man you come under his authority.

“God made the Woman because of the Man. Your secret in marriage is your obedience, listening to your husband and doing those things that please him not opposing him.

“When you take the role of his mother, sister what happens is he starts seeing you differently. A man loves the one he serves [God] and the one that serves him, he fights the one that is at the level with him.

“If most women had their fathers talk to them in their marriage they would be very successful in their marriages, that’s their biggest problem they don’t know who a man is they think he is another woman.

“Women not in God’s original idea, he made women because of man.”

Simisola, a Nigerian artist and women rights activist, took to her page to attack the clergyman for saying woman was not God’s original idea and that they are not equal with men. 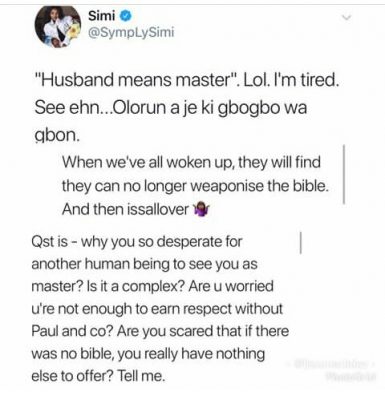 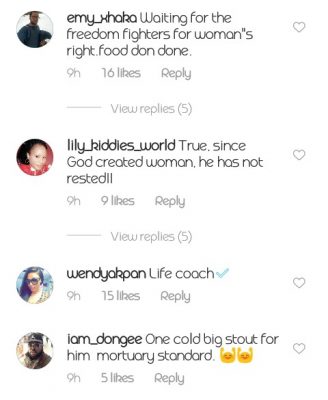 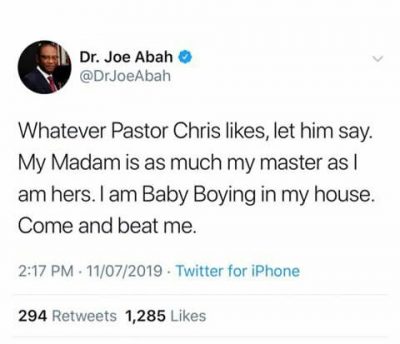 Qst is – why you so desperate for another human being to see you as master? Is it a complex? Are u worried u’re not enough to earn respect without Paul and co? Are you scared that if there was no bible, you really have nothing else to offer? Tell me.

Cos the way I fucking see it, a real man commands respect by being good, kind, true, selfless, having a good heart. Any1 can call him/herself a leader, but true leaders serve and are selfless. Talking about Jesus. Did you even read about the Jesus you’re talking about? Lol. Jokes