Fans of 27 year old Starboy Ayo Balogun aka Wizkid have expressed disappointment in the father of three for showing favoritism towards one child and allegedly abandoning his first two.

The disappointment and consequent backlash was triggered by Wizkid’s continuous reference to ” Money Hungry Hoes” which many have presumed to be his two aggrieved baby mamas.

Wizkid further fuelled this fury after thanking his third baby mama for the gift of Zion, his last son, whom he loves enough to name an album after.

In previous weeks, his baby mamas have called him out for being a deadbeat dad and neglecting his sons while showering care on his 9 months old son.

Wizkid’s continuous reference to the ” Money Hungry Hoes” has however made his fans angry!

Check out some of the comments: 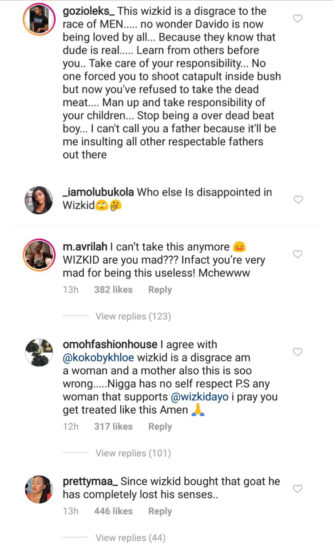 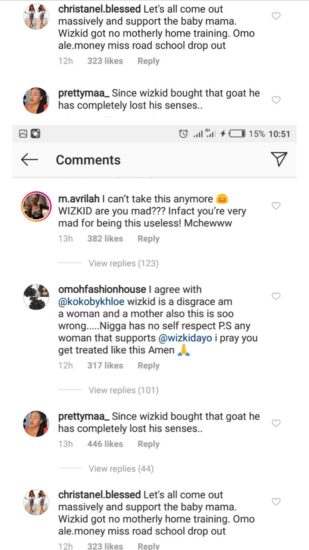 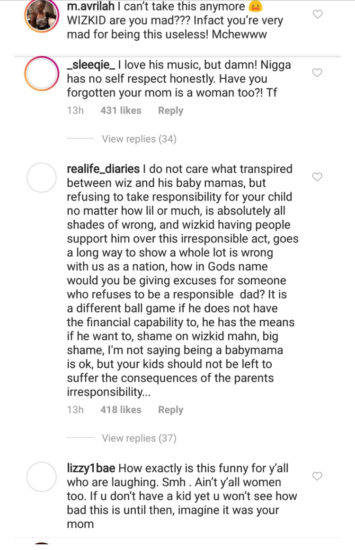