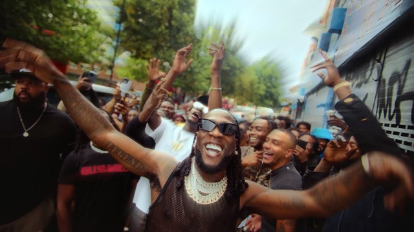 Grammy boy, Burna Boy popular referred as the ‘Odogwu‘ has finally ushered in the visual to his hit track, dubbed ‘It’s Plenty’.

However, taken fresh from the new project, we serve you this impressive new hit track, ‘It’s Plenty‘ and it’s definitely worth a chance in you music playlist.

Finally, the song was produced by JAE5 and The Elements, and the video was directed by Troy Roscoe.

Gbe mi trabaye, make you no dey shalaye
I don’t want nobody to give my matter K-leg
For this life I dey, I want to be celebrated
Don’t wanna waste my days
I want to spend them on enjoyment