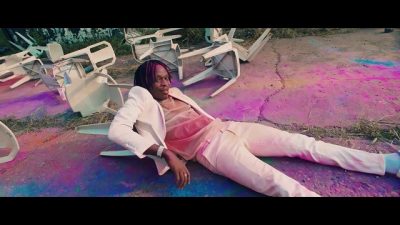 Fireboy DML’s “Vibration” is a lovely masterpiece released by the talented singer last year and since its release, we have enjoyed and fell in love with the song.

The visuals was directed by raving cinematographer, TG Omori aka Boy Director, Watch and enjoy!