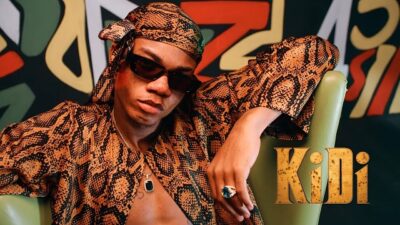 Ghanaian sensational vocalist, KiDi comes with the music video to his latest tune tagged, “Touch It.”

KiDi’s latest, “Touch It” will be featured in his upcoming studio project called, “The Golden Boy” album expected in June.

Apparently, the jam “Touch It” was self-produced whereas the music video was filmed and edited by Director Rex.

Kindly stream “Touch It” video by KiDi below.