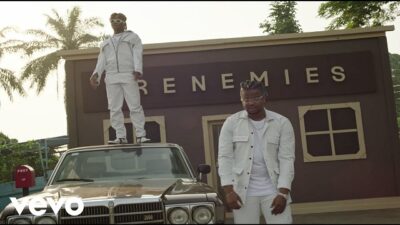 “Frenemies” by Rexxie is featured on his just-unveiled studio project, “A True Champion” album which has the appearance of Nigerian young music sensaton Oxlade who did justice to the track.

In addition, “A True Champion” album houses 17 tracks while the music video to “Frenemies” was directed by Naya Effectz.

VIDEO: Genevieve Nnaji on ‘ The Truth ‘with Olisa Adibua