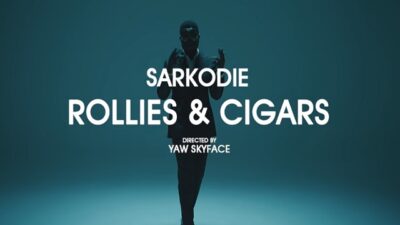 “Rollies and Cigars” was the first track off Sarkodie’s project, ‘No Pressure‘ album released a couple of weeks ago.

Moreover, the song was produced by Kayso while the music video was filmed and directed by sensational Ghanaian videographer, Yaw Skyface.

A quick one, Sarkodie previously held the “No Pressure” album listening party at TAPE, London.

Kindly stream “Rollies and Cigars” video by Sarkodie below.