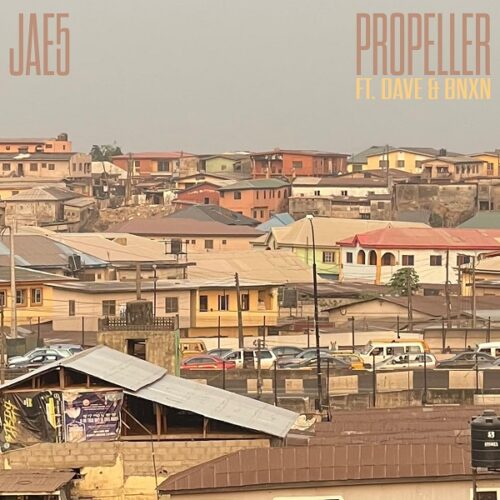 The The British-Ghanaian record producer, JAE5 is out with his much awaited sound piece which he titled ‘Propeller’.

Consequently, this impressive new masterpiece fills as the second song taken from JAE5’s forthcoming debut studio album, which arrives in a few months.

In addition, it’s no doubt the new melody is going to be among the topnotch project delivered this brand new week as the well-gifted singer and songwriter must have worked so hard to deliver it with so much finesse and quality sounds.

Stream on other DSPs