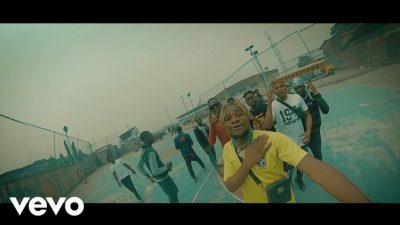 Iju Ishaga very own, Danny S, wastes no time to present the music video to his song “Hosanna”.

Danny S is here with an interesting music video to his two weeks old single, ‘Hosanna’. Enjoy the tune, visuals, and sing along.

The record is a street vibe tune with production preference from Say My Name. All the way from IJU, Danny S presents “Hosanna” visuals directed by SamzVisuals.