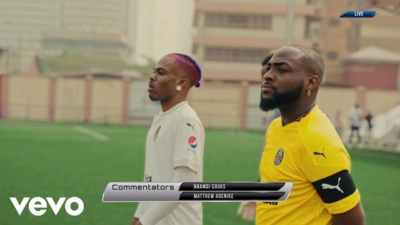 Lastly, the music video was filmed during a football game between DMW and Boyfriend FC where it was directed by Dalia Dias.