Just few days after the release of his album, YBNL’s Olamide follows up the hype by dropping the video to one of the tracks, “Skelemba”, in which he features music heavyweight, Don Jazzy.

With the Mavins boss adding his own magical touch to the vocals of the song, Olamide also gets Unlimited L.A as director for the video.

Characterized by dance scenes depicting African costumes and culture, the video does immense justice to the song itself. 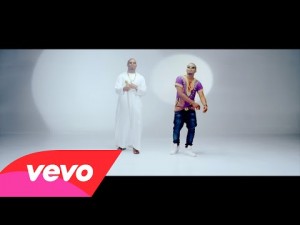