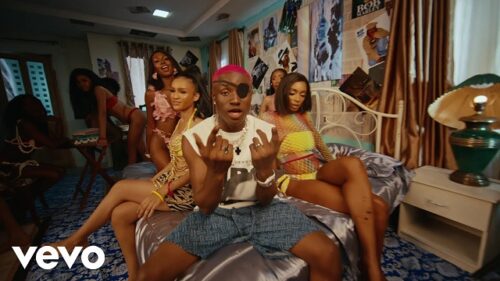 The Jonzing World pacesetter, Ruger has ushered in official visual for one of his latest hit track, called ‘Girlfriend’.

Moreover, this impressive hit song was lifted from the Deluxe version of his previous project called “The Second Wave” EP which houses beautiful and lovely tracks.

As you may recall,the KukBeat-Produced track, ‘Girlfriend’ has been trending and gathering listeners attention ever since release.

In conclusion, the song was Produced by KukBeat while the lovely visual was shot and directed by TG Omori.

[Video] Gyakie – FOR MY BABY